skip to main | skip to sidebar

As I'm sitting here typing this post, it is snowing and sleeting outside.I am at my good friend Stacy's house since it is supposed to snow for the next couple of days, and I have to work Cristmas and the weekend. My family has all arrived safe and sound at my parent's house. Since I am working Christmas, we are going to be having Christmas late this year the 28th or 29th. I think I finall have all my christmas shopping done...well I maybe should get another item but it can wait until after Christmas. Stacy is on call tonight, sooo...if she remains on call through the night, maybe we will be able to do something tomorrow, though it will probably be vegging out in front of the TV watching movies since the weather will probably be nasty. I am posting since Stacy told me that I should really post something since I haven't posted anything in several months. I guess I never really feel like there is much happening or changing and what is happening is not blog worthy. But enough about that. Tis year has flown by, bringing changes at work: a new floor, some new coworkers, new responsibilities, and new adventures. I can tell it is getiing lae at night: I am becoming more talkative. So I will say good night and MERRY CHRISTMAS!!!
Posted by lavonne at 10:06 PM 1 comment:

Sooo... as I mentioned in my last post, I have a fishing license. I have been fishing many times...at least four, and though I have fished each time, I have caught nothing...at least until yesterday. Yesterday, I caught my first fish in YEARS!! Actually, I caught 5 fish, 6 if you count the one I pulled in on my brother's pole while he was fishing with his other pole. It is so much more fun to fish when you actually catch fish..or those who you are with catch fish. Memorial day was a pretty awesome fishing day.
My brother, roommate, and I camped out on Sun night at a local park. It was a rather long chilly night, though I think I was the only one who did not sleep well. I was a little chilly (should've brought warmer blankets) and the ground was hard. I did sleep on and off through the night..was woken at 0400 by an owl sitting in the trees above us. I have never heard an owl that loud before...it woke everyone in the tent. My brother tried to find it in the trees, but was unable to find it. I stopped hooting a little while after he tried to find it.
Back to the fishing......none of us knew how to fillet a fish. I had googled it at work one night this past week, so I had a basic idea. It, however, is rather difficult to remember instructions I read over a week before and had never put into practice. We also needed a sharper knife, however, we got filletish pieces/chunks of fishes (hopefully bone free) that we will be able to cook. Suffice to say it will be awhile before we master the art of cleaning and filleting fish. I'm surprised I don't stilll smell like a fish...though I did take a very lengthy shower and scrubbed down quite well. I also had to soak my clothes since I got fish blood in several places on them, thought that was more due to taking hooks out of fish than cleaning the fish.
Well, enough about fishing...My roommate and I were able to get our garden planted this past week. we also planted flowers in our flower beds and created new flower beds. I only hope the arrangement of flowers looks as pretty as I hope it will. I really don't have anything more to post, so I will say "goodbye" for now.
Posted by lavonne at 1:24 AM 1 comment:

Since I was informed by my friend and cooworker Stacy that I need to upate my blog since it has been a month since I updated I am doing so. I have been enjoying the much warmer weather that we have been having recently. I even bought a fishing license so I could enjoy some time outside with my friends. I am not a very successful fisherman (fisherwoman?), so fishing has always seemed kinda pointless. Perhaps if I keep fishing I will get better... we will see. I have gone out fishing twice so far with no catches by anyone...of course the river is still high.
With the coming of the warm weather, comes planting flowers and the garden. with the recent rains that we recently got it will be a couple days before we can plant anything. However, I can not wait to see the flowers in bloom. I have already found the first violets in the backyard.
Posted by lavonne at 8:31 PM 1 comment:

I was very excited when the snow melted and we had 50 degree weather!!!! Yet a little part of me held back alittle and thought, we are still going to get more snow before spring actually comes. Lo and behold- Sunday we got a couple inches of snow. While the snow is depressing, it is still quite beautiful, especially since it rained first and the trees are covered with ice. Ice is so beautiful....as long as it is not on the road! Still it is a warm snowy day with teperatures in thelow-mid 30s. It is supposed to get up to the mid 40s today...so hopefully the snow will melt. Spring is definitely my favorite season. It is just something about coming out of a long dreary winter to longer days, warmer weather, new life and delicate beauty. It has always been exciting to see the birds come back in the spring, as soon as you see them you know spring is here...or just around the corner. So I am just waiting for spring.
Posted by lavonne at 10:10 AM No comments:

This past week I took my first round of classes for the new computer charting that our hospital is going to start using. I had three different classes..each was only 4 hours long; but those four hours were spent in front of a computer trying to learn how we are supposed to chart in the near future. I think it will be a little hard at first, but it will get better with time. Since I am a "superuser".. which means I'm supposed to be able to help others who are having issues with their charting... I get to take the classes twice. So, I done with the first round and in a month I will be able to take them again, and hopefully, learn even more! I'm actually at work now..I picked up a night shift since one of our nurse's family is sick. I hope the night will go well, and I hope I don't get too sleepy.

I have really enjoyed the weather we have had for the past couple of days. I got a little spoiled being able to be outside a little bit during the days instead of sleeping. I really wish the 40 degree weather would stay, all the snow would go away, and Spring would finally be here. Perhaps the cold makes me appreciate the warmth so much more!

This past Sunday, I went snowboarding at Mt. LaCrosse. I actually did very well in comparison with how well I have done in the past. However, I did have one semi-nasty fall from which my neck is still a little bit sore. However, hotpacks and ibuprofen have proved to be wonderful friends.
Posted by lavonne at 9:52 PM No comments:

Ok, stacy, I got tagged -a reason to blog: here are my 25 random things about me.

1. I grew up on a dairy farm.
2. I love cats.
3. I enjoy crocheting.
4. I have 2 brothers and 2 sisters.
5. I am a pediatric nurse with wonderful cooworkers.
6. I went to college for 4 years in Florida.
7. I would love to do a lot of traveling.
8. I enjoying cooking and baking.
9. I love being outside in the woods.
10. Spring is my favorite season.
11. Fall is my second favorite.
12. My current favorite color is green, but I like all colors.
13. I love to watch movies- especially romantic comedies and action movies.
14. My favorite Tv shows are NCIS, Life, Chuck, Numbers, and a bunch more :)
15. I enjoy working the night shift.
16. I live with my best friend/lil' sis.
17. My favorite foods are pizza and french fries- the good stuff, right!
18. I love living in the country, but think I would do ok in the city for a little while but not for a long time- definitely not forever.
19. I would like to learn how to fly a plane.
20. I want to learn how to paint.
21. I was named after both of my grandmas.
22. I have lived in the same town of almost 500 people my entire life- except when I was in college.
23. I want to be a mommy someday, after I find a guy and get married.
24. I have a cat named Java Chip (JC).
25. I have run out of things to say.

That's all for now folks. don't really have alot to say except I can't wait for Spring, my most favorite time of year!!!!
Posted by lavonne at 10:46 PM No comments:

Alright, I have put off blogging for long enough!!! I am going to write an update. I was looking at my friend and coworker Stacy's blog and saw the names of everyone's blog that she is following, as well as, when they had been last updated. Some had been updated a few hours before, some a few days before-then , I saw my name..."updated a month ago." I took that as my sign and here I am writing my update. In my last entry I wrote about the coming of Fall. It is now winter and almost Christmas. It is incredibly hard to believe Christmas is only a few weeks away. We have had a few good snowfalls and some nasty winter weather. The snow is beautiful, but I don't like driving in it. I had a wonderful Thanksgiving last week, complete with beautiful weather. My family and my roommate's family and my old roomate's family were all able to get together and have big meal and just have fun and enjoy each other's company. And yes, one of my roommates did move out a couple weeks ago. A few weeks ago, I was able to go to lunch at McDonalds with Stacy and Susan, both coworkers and good friends, as well as Susan's daughter Becca. It is a good thing that we went to one that had a big play area because I gave in to my inner child and climbed around in the big tube things with Becca and had fun chasing her, and having her chase me. Once again, I'll have to post pictures when I have my camera and camera cord with me. I really wasn't planning on posting tonight so I did not come prepared. My roommate Jes and I are planning on getting a tree soon to set up in our living room. I will have to post some of my elusive pictures we we do get the house decorated for Christmas.
Posted by lavonne at 1:22 AM 3 comments: 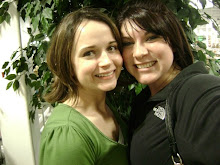